Biochemistry was originally taught in Dundee as part of Physiology, but in 1965 it gained its own department with Dr R P Cook in charge. From humble beginnings (the first laboratory was in an old stable block that has since been demolished) it soon expanded to become an important part of the Medical Sciences Institute, which opened in 1970. Shown here are items from the Biochemistry Collection, much of which reflects R P Cook's research interests into colour. 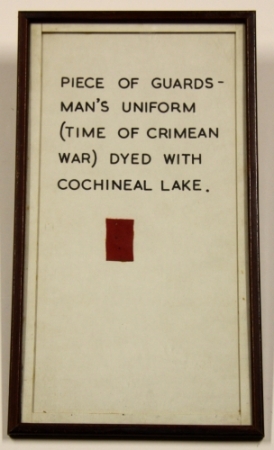 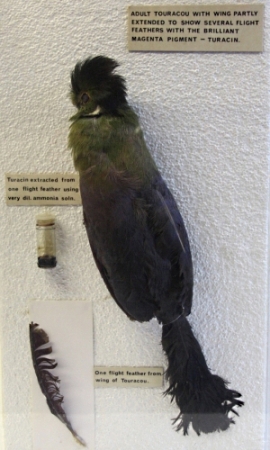 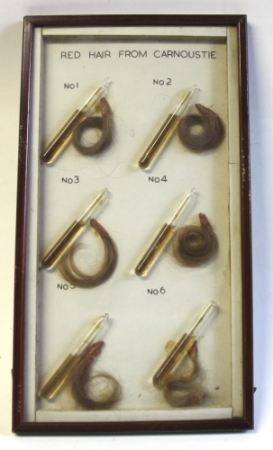 The framed displays shown above and below were created by R P Cook in the 1960s-70s as part of his work on colour.
Above left: Guardsman's uniform dyed with Cochineal Lake (Carmine)
Centre: Touracin pigment extraced from the Touracou bird
Right: Pheomelanin extracted from red hair samples from people born in Carnoustie - a noted hot spot for red heads! 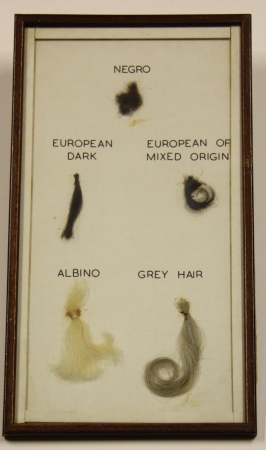 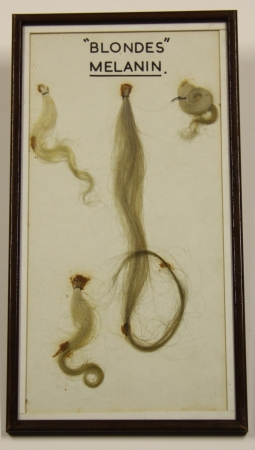 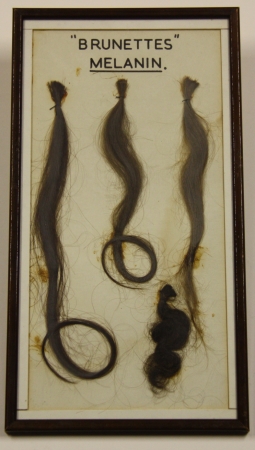 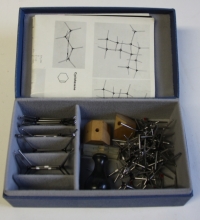